When imitating a real world circuit in the digital world, it is important to consider the quirks and constraints present in hardware components. This article is looking at how a software application can mimic the effects on a signal of an operational amplifier when it reaches saturation.

The incredibly versatile Operational Amplifier (Op-Amp) has many flaws and caveats that have to be considered in circuit design. When software aims to mimic a hardware design, these imperfections should be considered, and replicated as desired.

When looking at the datasheet of an Op-Amp, you’ll often see a graph that resembles something like this: 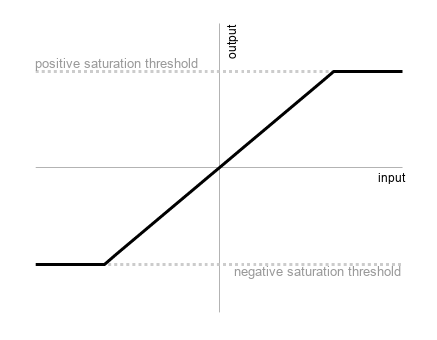 The kind of Op-Amp saturation graph you see in a datasheet or in education.

In reality, an op-amp has a slight curve as it nears saturation, and it becomes non-linear, similar to the below (which is a little exaggerated): 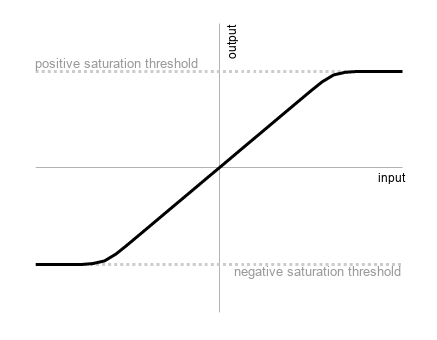 This is the characteristic that I’d like to imitate.

We can tell just by looking at it that it is a Sigmoid Function (aka any function with an ‘S’ shape.)

I’m not an expert mathematician, so I’ll often do a bit of trial and error with Wolfram Alpha to see if I can nudge an equation closer to what I’m looking for.

I eventually turned my attention to the given algebraic function: 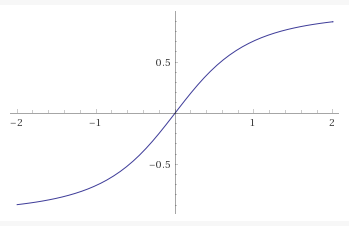 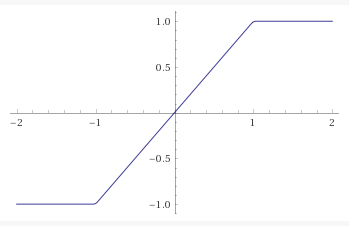 The graph above is for \(n = 100\). When I differentiated this function, I saw that yes, the ‘linear region’ was actually linear (and not some imperceptible curve): 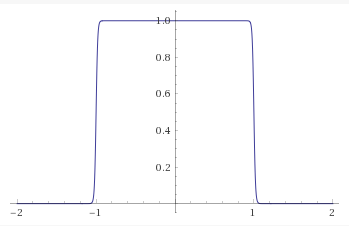 I played with the numbers and ended up settling with \(n = 100\). It seemed like a good medium between ‘not doing anything’ and ‘doing too much’. If I really wanted to I could measure it on an oscilloscope and try to match it exactly, but for me this was good enough. 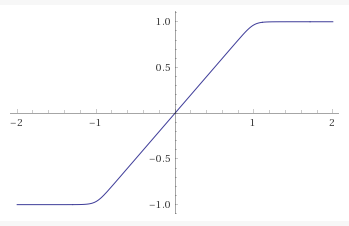 To use this in your code, simply rescale your input signal so that the thresholds fall at -1 and 1, pass the rescaled signal through the function (as \(x\)), and then scale back up.

I did this for a C++ project, so my code looks like this: