All this running around… I can’t fight it much longer.
Something’s trying to get out, and it’s never been closer.
If my take-off fails, make up some other story.
And if I never come back?
Tell my mother I’m sorry.
– Tame Impala - Let It Happen

For the last months of last year, and the first half of this one, I was suffering from depression. 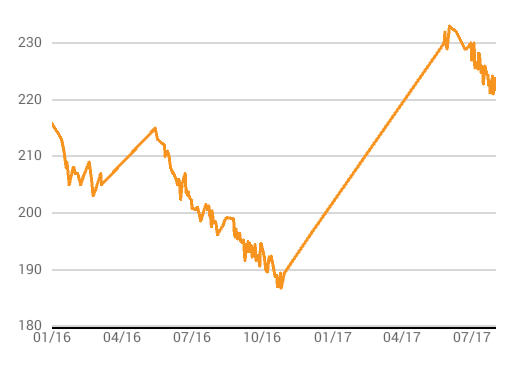 My work on projects ceased… (and hasn’t yet picked back up! - I’m still trying to get my head back in the game!)

…and my grades dropped. 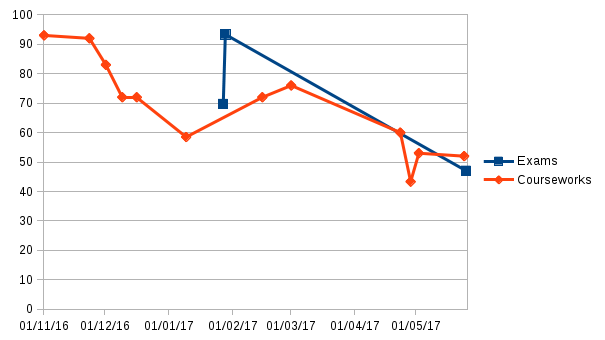 It started as something I could manage. It was painful to be alone, but I could cope with the help of my friends.

I first noticed that I wasn’t spending time doing anything I actually wanted to be doing. Rather than working on my university coursework, or even on my personal projects (as I had been doing all summer), I found myself simply just trying to occupy my mind with games like Dead by Daylight or RimWorld. There’s a difference between playing games for enjoyment, and playing games to occupy your mind. I’d feel empty afterwards.

After talking about the issue with some friends, I decided to deal with it directly and talk to my GP.

…except I hadn’t actually REGISTERED with the doctor in Southampton yet and had to wait a few weeks for the application to process. I’m not one of those people who goes to the doctor about every little thing.

My first doctor’s appointment, late November, was a disaster. I told the doctor about what I was going through, but it seemed that she didn’t really understand the severity of my problem. This may have been because I explained my symptoms by highlighting the changes to my lifestyle. I told her about how I wasn’t being productive at all, which was a real concern for me - I wasn’t myself. If I’m not making progress somewhere in my life, then there is a problem.

I also told her about how my sleeping pattern was changing. I was slowly becoming more nocturnal. Part of this was that I didn’t want to interact with the people who shared my dorm. It wasn’t specifically that there was a problem with these people, just that I kind of wanted to hide from everybody.

I was hoping that she would prescribe me anti-depressants. I didn’t know if they would work, but I had heard good things and I wanted to give them a go.

Instead, she gave me a list of relaxation and wellness exercises, which made me feel like I hadn’t been taken seriously. It was a really negative experience for me, and I felt much worse than I went in. I can’t explain why, but it almost felt like she hadn’t believed I was in pain.

The week after that was much harder than the previous ones. I felt very frustrated and I’d have ‘hot’ flashing visions of suicide, which were quite frankly scary. I hadn’t realised that I was quite that bad.

I decided to focus on working hard to finish my last few coursework for the semester (which I had really left to the last minute) and go home for the winter break. Working on the projects was physically draining, compounded by the fact that I was already emotionally drained. I had repeated all-nighters with copious energy drinks. Bad for my well being.

Needless to say, by the time I got home I was exhausted.

Death In The Family

The Christmas break started relatively well for me. I was able to relax and take my mind off of things and really focus on recovery. The high intensity socialising did make me feel uncomfortable, but my family knew me well enough to give me time on my own when I needed it.

My grandfather, John Holt, unexpectedly died on the 27th of December, 2016. I was lucky. I got to see him one last time on the 25th. 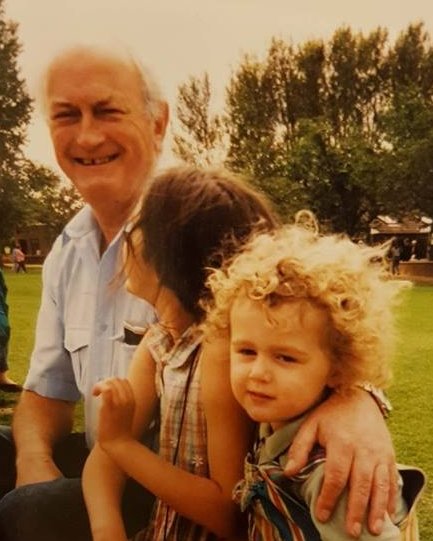 My grandmother, Barbara Holt was in the later stages of Alzheimer’s disease. She found it hard to understand what had happened. Repeatedly going through their wedding photos and explaining who John was to her, and that he had died is one of the hardest things I have had to do.

My grandfather did everything for her - quite frankly he spoiled her! He always painted her nails, cooked her favourite foods, calmed her down, and handled her medication. Sometimes she couldn’t go to the toilet without his assistance.

She was confused. She just wanted to be with John. We tried to do what we could for her, but she was understandably very disturbed.

I was heartbroken for the loss of my grandfather and scared about what would happen to my grandmother without his outstanding love and care.

Playing on my mind was also the fact that I knew that I had a University group project due, which we were very behind on. I decided to go back to Southampton early to try to work on it, or at least mentally prepare. This way I wouldn’t have to worry about it clashing with the funeral date.

I felt guilty that I had to go back, but it was necessary.

With help from my friends, I went to see a different doctor when I got back. I didn’t want to deal with doctors at all at the time, given the experience I had earlier. My friends booked the appointment and even accompanied me to the waiting room.

This was a much more valuable encounter. I was prescribed the anti-depressant Sertraline, which I took for the following few months. I felt validated and I was hopeful about recovery.

Unsurprisingly, I found it difficult to work on the group project that was due. I didn’t want to work on anything at all, and was especially hesitant about working on this project as planning and team communication had been relatively poor.

My best friend was working with me on the team, and he was in the middle of the fallout of a breakup from a long term relationship. Despite both of our personal problems, we still dedicated almost all of our waking moments (which included, again, all-nighters) to the project for the next week, unlike most of the rest of our team.

We ended up submitting a day late, with a product that didn’t work. The inter-team conflict was incredibly stressful at an already stressful time. My friend and I worked ourselves to illness - we both caught flu the following week, and we were incredibly stressed. I was completely drained afterwards. It was probably the last piece of serious work I did for months.

I spent the next five months hardly able to get out of bed. I didn’t go to lectures. I didn’t visit my friends. I didn’t work on projects. I didn’t cook for myself. I frequently didn’t even have the willpower to clean my clothes.

My routine consisted of waking up in the evening, trying to do something - anything - to occupy my mind, ordering pizza, and sleeping again at 6AM.

I was in incredible pain and I couldn’t see any way to escape from it.

I couldn’t see the future being bright at all.

It was almost as if those months didn’t happen for me.

Eventually, I felt like I was beginning to recover.

I started writing a short list of small things I wanted to do every day. These could be simple things like washing my clothes, reading outside in the sun, or going to the gym.

By writing these things down, I had given myself an obligation to try to keep.

Changing anti-depressants from Sertraline to Vensir proved helpful to me too.

The most positive change for me was moving out of my dorm and into a private house shared with two of my best friends. I was finally comfortable to be myself at all times as I knew there would be no judgement. Having people to interact with at all times was really great, and knowing that they wouldn’t let me slip back into my previous routine ensured that I kept making progress. 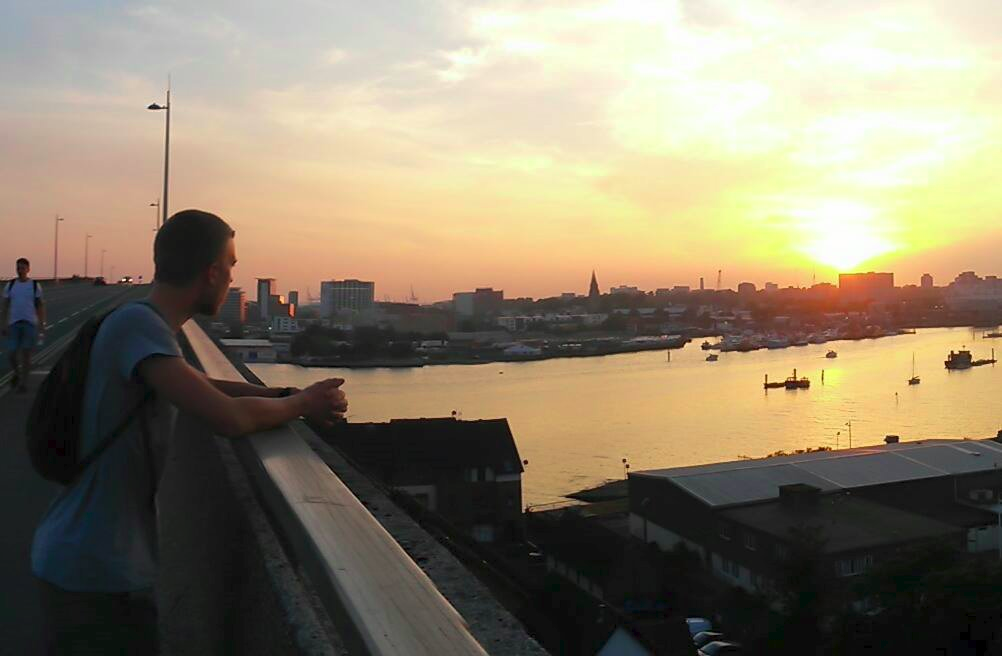 Viewing the last sunset of spring with my best friend

For the past month I have been trying to go to the gym everyday.

I spent the first six months of the year destroying my body. I am using the university summer break from my course to fix myself. My health is my only responsibility right now.

Having my gym training routine helps me to keep improving and stops me from falling back into depression. I’ve made good progress with weight loss and have even gained a significant bit of muscle.

I haven’t yet adjusted back to working on projects, but this entry to my website is an attempt to get started again.

I finally feel hope for the future again.

One of my motivations in life is to be the person I would have needed in the past. It would be wrong for me to end this post without giving my advice to anyone in a similar situation.