I was walking home, minding my own business, watching the beautiful colours in the sky. They were striking and vivid.

I took a picture, thought little of it, and shared it on Facebook when I got home. 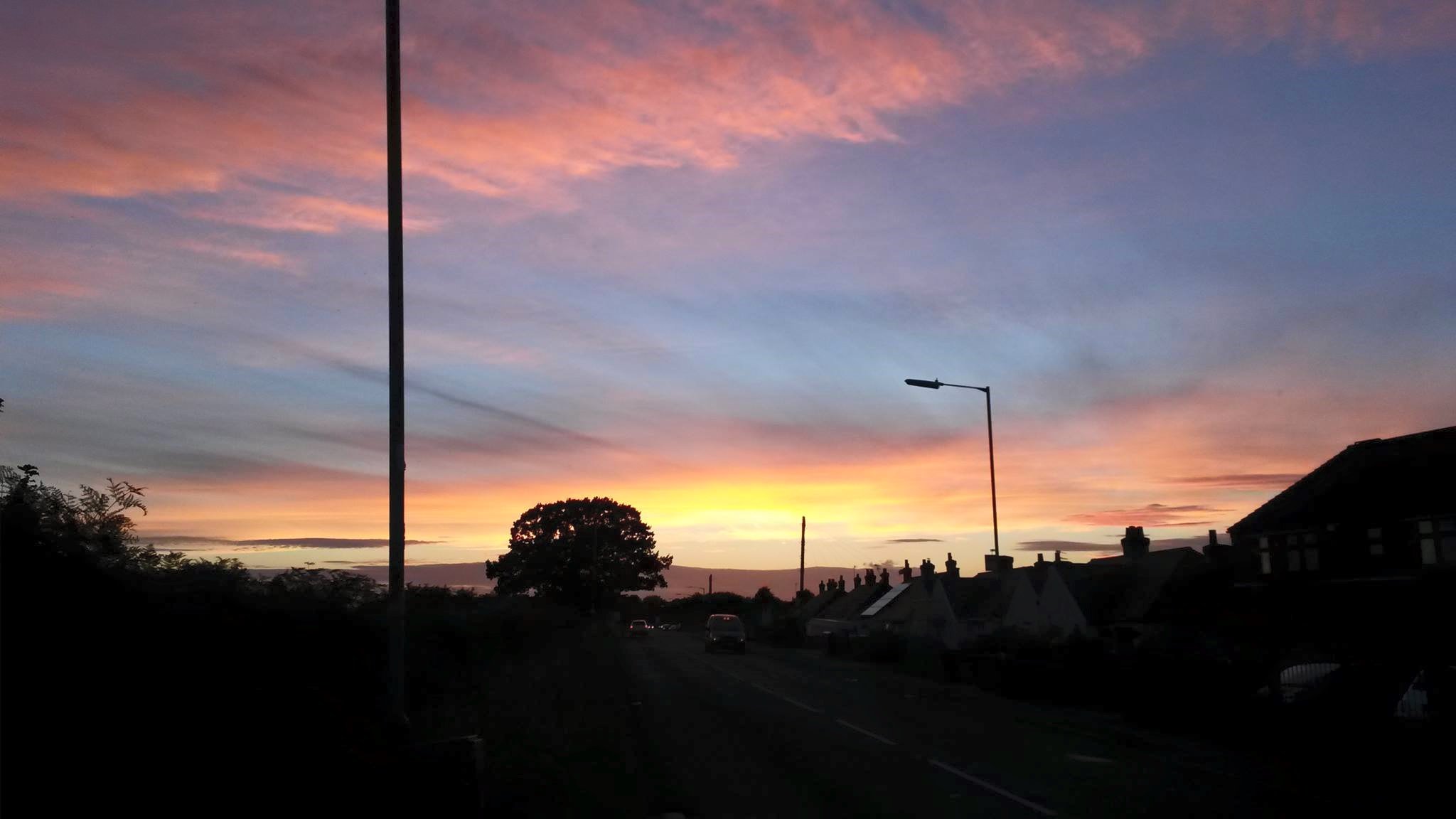 The photograph I took.

My sister replied shortly after with her own picture, which I appreciated and commented on how the composition was near identical. 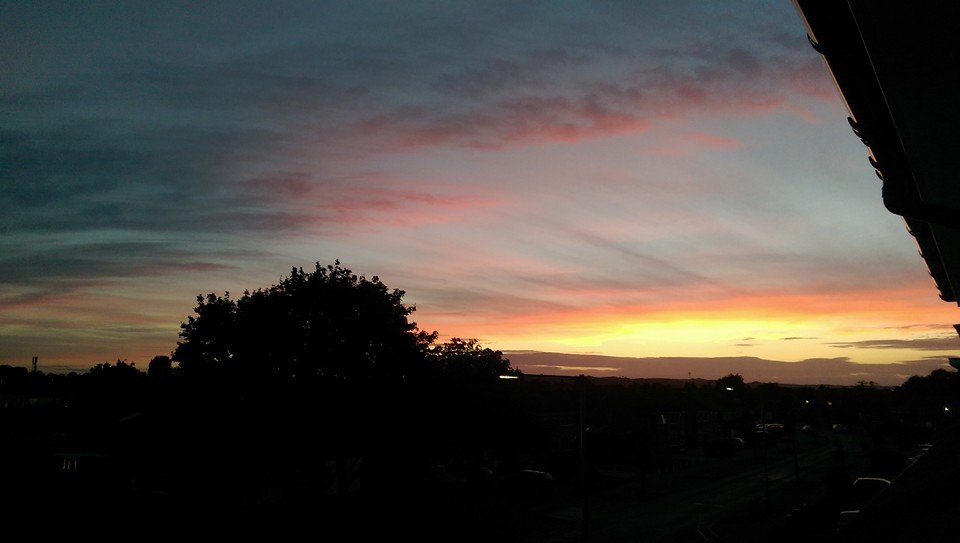 The photograph my sister took.

It was only afterwards that I thought about how unusual it was that we took nearly-identical pictures at the same time frame as each other.

If you examine them closely, you can notice the same clouds in both images. I think that it’s crazy that this happened, and I can’t help wondering if other pictures were taken at the same time.

Crazier still, she sent me a second photo that she took, which has even more similarities.

Even the position of the lamp post is the same!